Chained at the statue’s cloven feet is the broken, bleeding, but unmistakable body of an angel – Ser Vindictus, her wings shattered, her divine light beaten down to a shadow of its former glory. She is the reason you’ve risked body and soul to come, and she is bound to Orcus, the Blood Lord, the Demon Prince of Undeath.

Join the Scintilla Studio email list, or support me on Patreon, and you’ll get a DM’s Guild code for your own copy of The Heir of Orcus Verses I & II. This is a 77-page adventure with all the maps, character art, and stat blocks you need to run it right out of the box. Be sure to leave Anthony a review and tell him you heard him on Making a Monster! Anthony Joyce is an ENNIE-nominated adventure designer publishing on the DM’s Guild, and an instructor on the RPG Writer’s Workshop. He’s created best-selling adventures for Dungeons & Dragons including Elminster’s Candlekeep Companion, The Little Astralnaut, and Weekend at Strahd’s. He’s also a generous and tireless advocate for independent writers and designers, and that’s just in his free time. He works full time as an army strategist, and just recently held a post at the Pentagon working on COVID operations.  He joined me on Making a Monster to discuss the central figure of his adventure series The Heir of Orcus.

The Heir of Orcus was written in the Forgotten Realms campaign setting for Dungeons & Dragons. She is the daughter of Orcus, the Demon Lord of Undeath, and an angel of Tyr, a good-aligned deity of justice and law.

The adventures take place in a temple to Orcus, where the Heir has been imprisoned along with the angel who bore her. They’re a heavy-metal pixel-art vision of the game that both honors and transcends its source material. 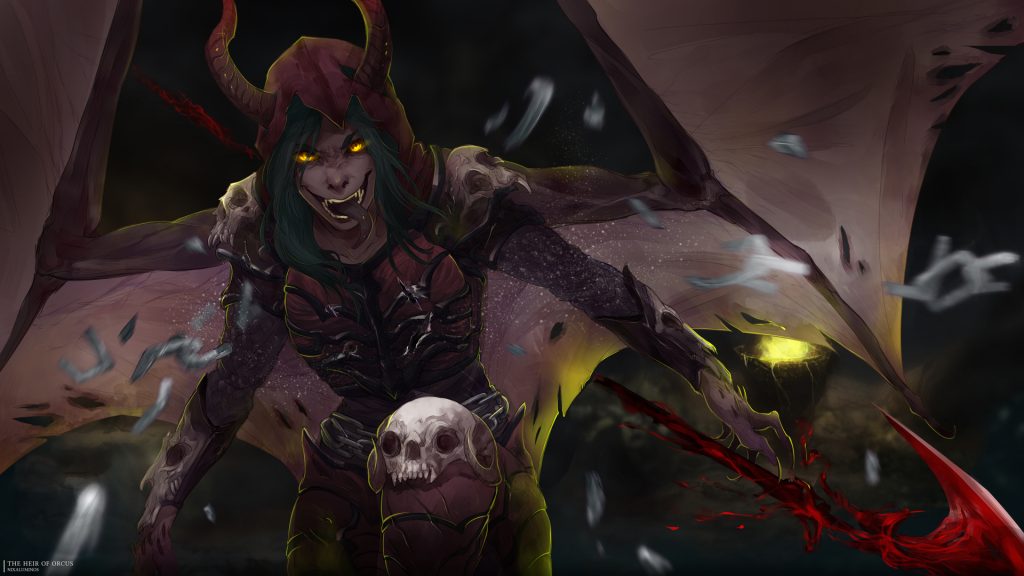 The Heir of Orcus breaks her chains. Art by Nixaluminous, courtesy of Anthony Joyce.

Kick Down the Door, Kill the Monster

D&D as a tabletop game has been since its inception, mostly about kicking down the door and killing the monster. The stories you’ll find in Anthony’s Heir of Orcus adventures completely reject that player/monster distinction. In these adventures, there are no clear answers – no villain so lost she can’t be redeemed, and no heroes so noble they can’t be corrupted.

“I think there’s something very powerful about a villain who can be redeemed,” Anthony explains. “To me, that is one of the strongest story arcs, the same way I think there’s a very strong narrative story arc in a very pious or righteous person who falls, I think the inverse is true. So I was playing on that trope of bringing light and dark together to the embodiment of this character the Heir of Orcus, and kind of seeing how DMs or players would interact with her and their stories that they create. This creature was born from a demon Lord and born from an angel. At the moment she came into the world, Daddy Orcus wanted her dead. So, you know, what do we do?”

Designed not as a tanky, punishing bruiser, the Heir of Orcus relies on subverting and charming her attackers.

“If you come into her lair with five heroes, she’s going to turn some of them against you – you’re going to have to fight your best friend as a character,” Anthony said. “She gains power from the conflict of going against your value. So if you come in there with best friends or your lovers in your party, and now you’re fighting them – how do you react to the character?”

Anthony explores more of these questions in the second episode of Making a Monster. If you like what you heard and want to support the show, the best way to do it is to leave a review wherever you’re listening (Apple, Spotify, Stitcher, or Google Podcasts for example) – it only takes a minute or two and it really helps future listeners take a chance on me and the show.

Next Episode: The Warforged Colossus 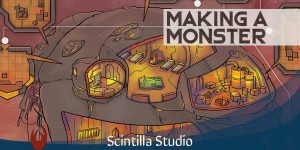